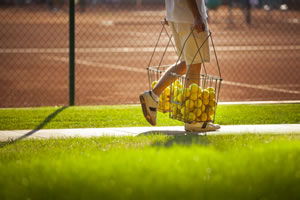 Designed for Club and Parks members to assemble a group for a fun week of tennis and training in the sun. Bring your own club coach who can work alongside the First4Tennis team of British and European coaches using facilities used by the ATP Tour event and by Andy Murray and the British Davis Cup team.

A chance to join your friends and team mates to play tennis in a very special venue which also offers so much more than just top quality Tennis tuition and facilities.

Premier Clubs long weekend and week long training
Exclusive offer to premier clubs and over the last 2 years have included groups of players from The Queens Club, Hurlingham Club, Roehampton Club and Camden Hill Club, as well as the leading commercial clubs.

Various dates from May 2017